In addition to pediatric orthopedic oncology surgery, the service is supported by other sub-specialties such as diagnostic and interventional radiology, pathology, medical and radiation oncology, physiotherapy and occupational therapy and is available at both Sidra Medicine and HMC’s Bone and Joint Centre.

Dr. Talal Ibrahim, Division Chief of Pediatric Orthopedic Surgery at Sidra Medicine said: “Most children with bone cancer often end up seeing multiple doctors as they undergo different tests, surgeries and treatment programs including chemotherapy or radiation. This means they require expertise from both orthopedic and oncology surgeons. By joining forces with our counterparts at Hamad Medical Corporation, our patients will benefit from both specialties and treated at either facility to ensure they receive the highest level of care.” 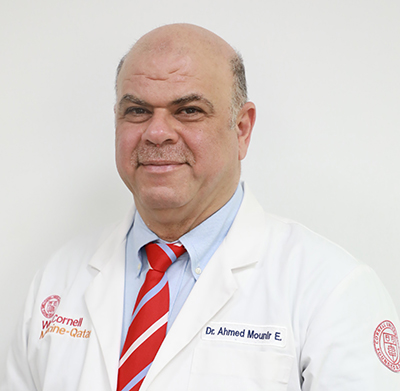 Dr. Ahmed Mounir, Senior Consultant Orthopedic Oncology at Hamad Medical Corporation said: “A smooth, simple and uninterrupted pathway of diagnosis and treatment for children with suspected or confirmed bone or soft tissue tumors has been established and agreed upon between both Sidra Medicine and Hamad Medical Corporation. This newly established pathway would provide high quality service to these patients by highly experienced physicians and surgeons from both facilities in one place”.

Patient M.A is a 12 year old boy who was referred to Sidra Medicine with an abnormal gait, causing him to limp. Initial scans indicated there was a difference in length of his legs and a restricted range of motion in his right hip, because of a bony lesion in the same hip. 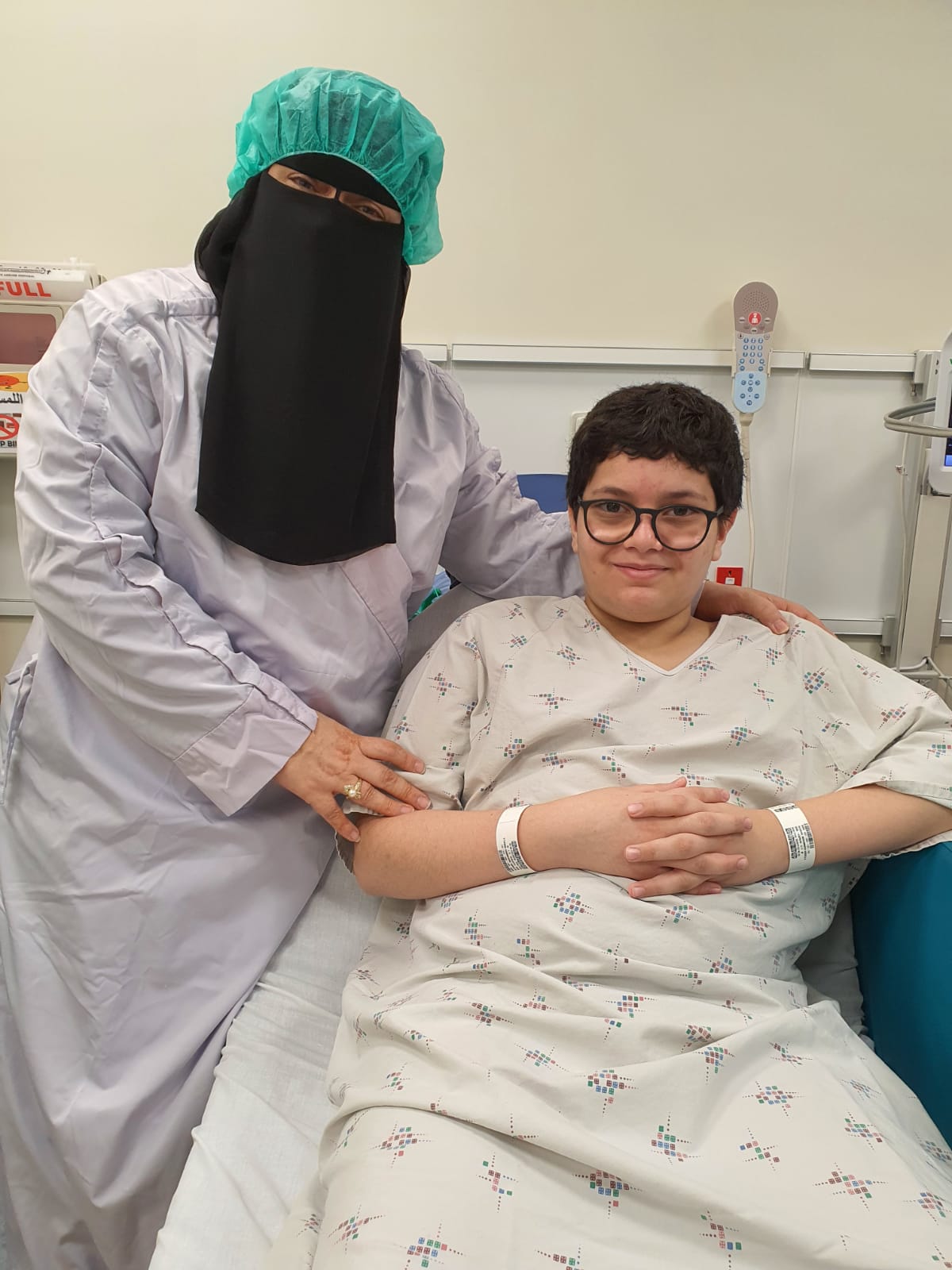 The team at Sidra Medicine conducted more tests, including computerized tomography (CT) and magnetic resonance imaging (MRI) scans and pathology tests, which confirmed that the lesion was in fact an Osteochondroma.

Osteochondroma is a common non-malignant (benign) bone growth that is an overgrowth of cartilage and bone that occurs at the end of the bone near the growth plates. It most often occurs between ages 10 and 30, with the bony lesion enlarging a patient’s growth and development. In M.A’s case, it was affecting his ability to walk properly and causing him a considerable amount of discomfort as well as pain in the right hip. 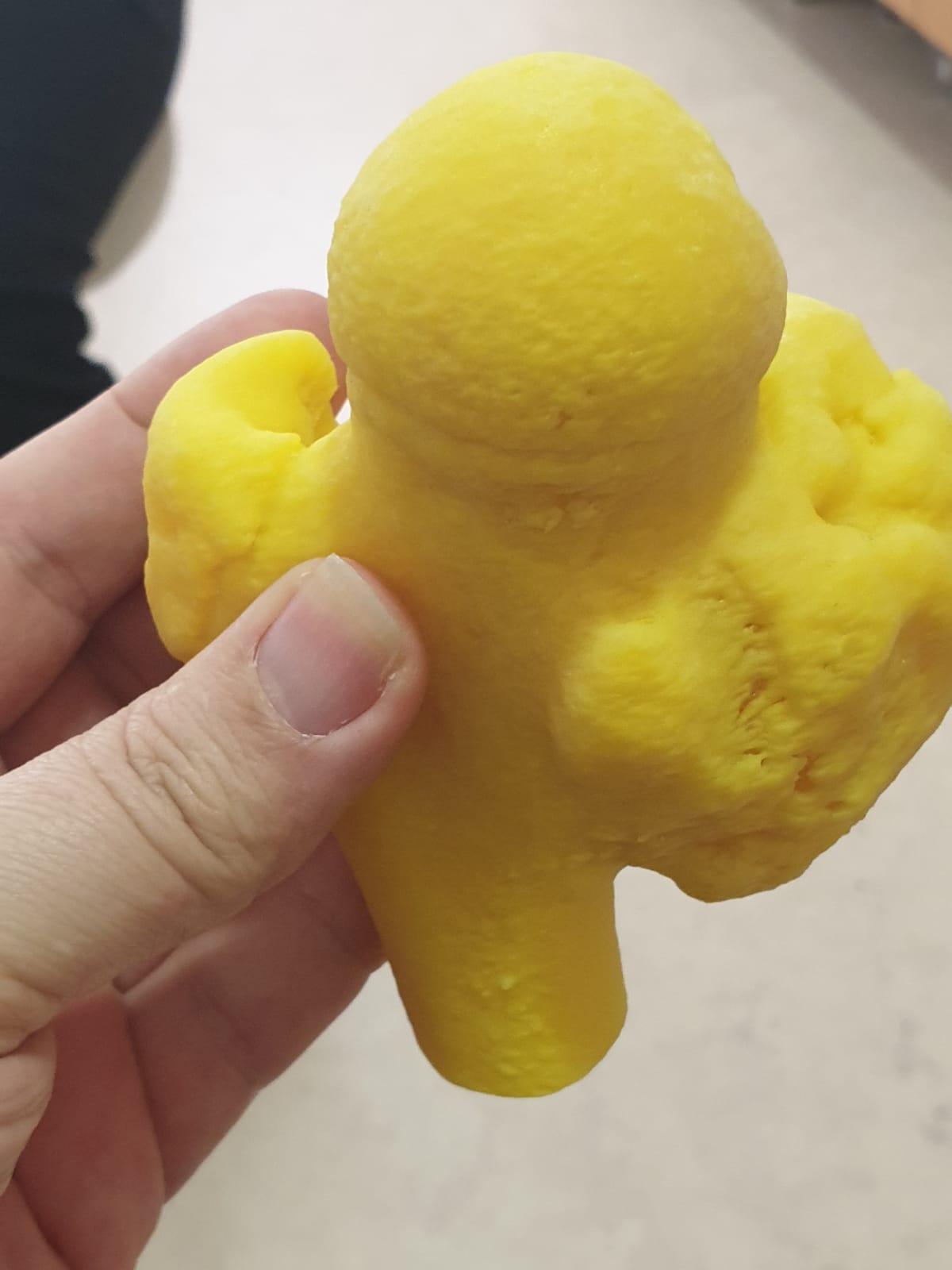 A 3D model of M.A’s right hip was printed to plan his surgical intervention.  It was then decided that he would need to undergo a surgical hip dislocation procedure to remove the bony lesion.

The bony lesion in M.A’s hip was removed in five-hour surgery jointly performed by Dr. Talal Ibrahim and Dr Abdelsalam Hegazy from Sidra Medicine and Dr. Ahmed Mounir from the Orthopedic Department at Hamad Medical Corporation (HMC). M.A’s case was one of the first to be performed under the new joint pediatric orthopedic oncology surgery service offered by Sidra Medicine and HMC.

Dr. Talal Ibrahim, Division Chief of Pediatric Orthopedic Surgery at Sidra Medicine, who lead M.A hip dislocation surgery said: “M.A’s surgical hip dislocation involved removing the ball of his hip joint from the socket while preserving the blood supply to the hip joint.  The procedure is technically demanding and considered the pinnacle of pediatric orthopedic surgery. Sidra Medicine is currently the only hospital in the country to offer this service for children and young people. We are very pleased with our collaboration and partnership with HMC, and to Dr. Ahmed Mounir for offering this life-saving service for children in need.”

Dr. Ahmed Mounir, Senior Consultant Orthopedic Oncology, HMC, who removed the tumor said: “We are very pleased that we were able to successfully remove the tumour on M.A’s hip. It involved almost 90 per cent of the circumference of the femur neck without endangering the blood supply. M.A’s surgery is a marvelous achievement of the whole team from Sidra Medicine and HMC, who were involved in his care and treatment. It is also testament to the high level of medical expertise available in Qatar.” 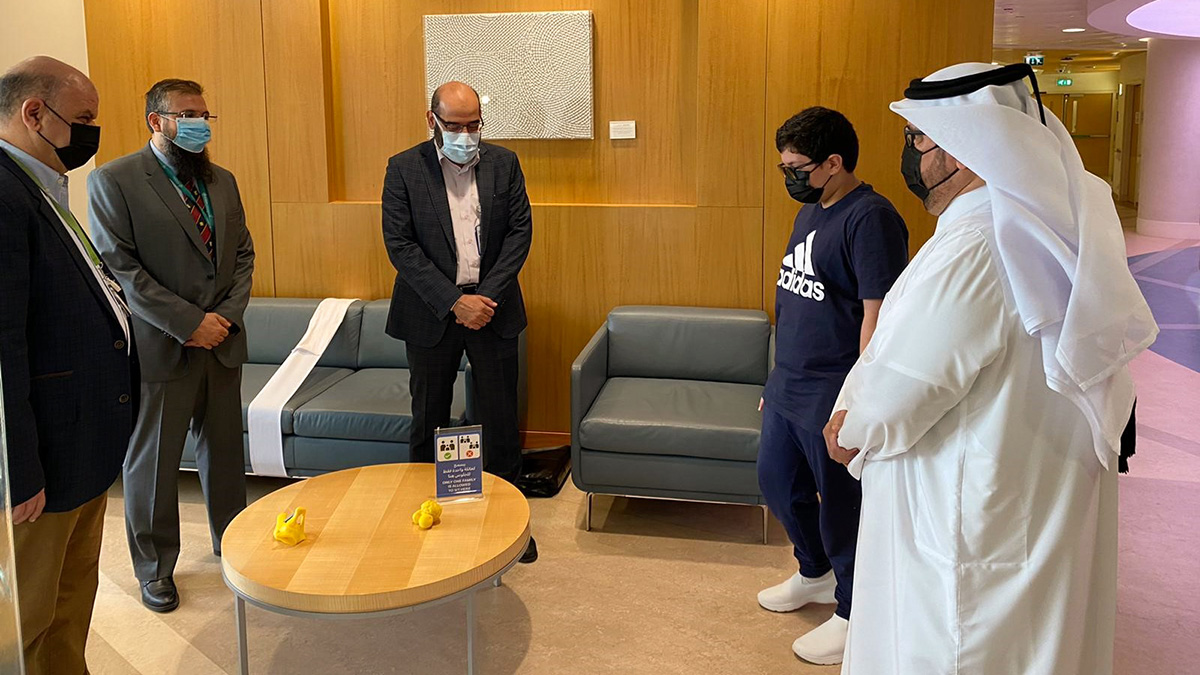 Following the surgery, M.A has recovered fully with a combination of physical and hydro therapy and has started to fully bear weight on the right lower limb. He is now able to go about unrestricted in his daily activities without any discomfort or pain.

M.A’s parents said: “We are thankful to Allah for our son’s recovery under the care of the wonderful team at Sidra Medicine. We also want to thank everyone who helped him throughout his journey, including the amazing surgeons Dr. Talal from Sidra Medicine and Dr. Ahmed from HMC. Our son is now able to go about his day without any physical challenges and walk normally as if nothing was ever wrong. What a blessing to have access to such great care in Qatar for our children. We are truly grateful.”